Other Friends Have Flown Before 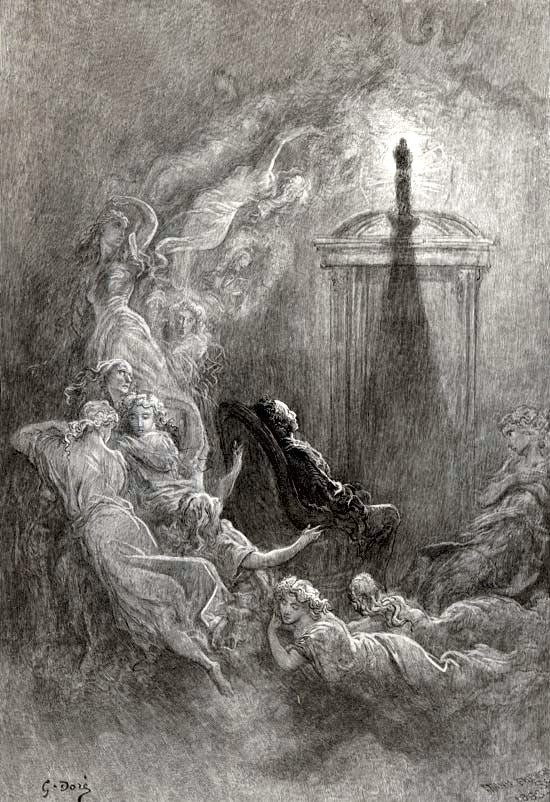 But the Raven, sitting lonely on the placid bust, spoke only
That one word, as if his soul in that one word he did outpour.
Nothing further then he uttered- not a feather then he fluttered-
Till I scarcely more than muttered, "Other friends have flown before-
On the morrow he will leave me, as my hopes have flown before."
Then the bird said, "Nevermore."

Startled at the stillness broken by reply so aptly spoken,
"Doubtless," said I, "what it utters is its only stock and store,
Caught from some unhappy master whom unmerciful Disaster
Followed fast and followed faster till his songs one burden bore-
Till the dirges of his Hope that melancholy burden bore
Of 'Never- nevermore'."